The Ups and Downs of Archetypal Activation 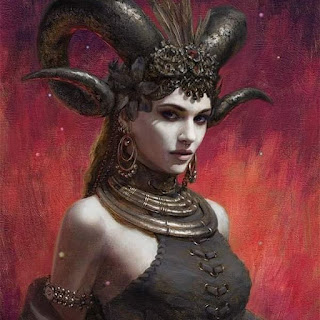 I make a lot of allusions to "what I've been going through," but unless you're one of the seven or eight people who've read the book I wrote about it, you have no idea what I'm talking about. Here's a post I cobbled together based on a question I answered in another forum. It explains why my experience of archetypal activation is both the best and worst thing that has ever happened to me.

When it first started, I was not inexperienced with psychedelics. I'd used LSD a few times, ecstasy a couple times, mushrooms maybe ten times, and ayahuasca thirty-four times. But on one particular night in late May 2017 I stumbled across a way of entering into a really heightened emotional state listening to a particular song while in an altered state of consciousness. It caused an at-that-point-for-me novel experience of energy waves flooding my body, intense images of concentration camps (due to the song), and a spontaneous ritual action of holding the energy, letting it build, then releasing it to the world.

I began experimenting and quickly realized every song on my Spotify playlists was like a spell in a grimoire. They could yield amazing aesthetic experiences, some exalting, some terrifying. Not all, but some of them caused that release of energy, which felt like an eruption of the unseen world in to this one--in a word, like magic. Literal magic. The only time I'd ever felt anything like it was during a couple ayahuasca sessions. Except that now it was me invoking it. Suddenly I was a beginner practitioner, an apprentice sorcerer.

So I came up with the bright idea of trying to combine sigil magic with this. I made one that stood for TEACH ME TO DO MAGIC DAVID BOWIE and one night I got down to business. 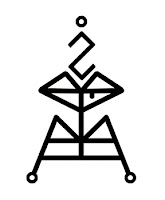 I wound up having a 3D, lucid dreaming vision of being shirtless onstage in front of a hundred people. They were all looking up at me, but not at me, past me, at the sigil being projected on the screen behind me. They were all concentrating on making an energetic connection with the archetype Bowie had come to represent: the Magician. They were all asking him to teach them magic, too.

This was accompanied by a flood of images and ideas. Some have persisted, some have fallen away, some have become ever more elaborate.

The initial idea was that David Bowie's relationship to his Ziggy Stardust character was like that of Jesus of Nazareth to the Christ--that is, they were both embodying a transpersonal force, the archetype of the Self. I understood the Self to be the Child of the masculine and feminine aspects of the Divine. Bowie was the first phonomancer, someone who could use electronically amplified music to constellate aspects of his consciousness so as to become a hot-blooded superconductor for the energies of the Self.

I understood further that I was to start writing all this down, because I was going to be St. John, faithfully recording these revelations. I immediately got on my computer--still tripping balls--and registered firstchurchofdavidbowie.com.

The way I usually tell this story, that and the following all happen in one night, but the truth is that big chunks kept coming for several weeks, and then there's been a long process of continuing to download ideas and work them out.

The archetypal activation came the following Saturday night. I was told in no uncertain terms that I was about to found what would be the next great world religion. *I* was going to teach people how to perform this act of transpersonal superconduction. And in fact the situation I was embroiled in dovetailed in pattern to the last such event, which was 2000 years ago, in Israel. There was SO much more to it, but you get the idea, and I'm sure you'll also understand why my immediate reaction was FUCK. THAT. Because who wants to be the guy who takes mushrooms and then announces himself as the messiah returned? It's not a good look!

Luckily, it seems my objections were taken into consideration, because the archetypal energy settled into a pattern I call The Herald (like the Silver Surfer), who is here to declare the imminent return of the Divine Mother to historical time, with all the usual prophetic warnings about sin, apocalypse, and blah blah blah. (One fascinating twist: the sin to be repented had nothing to do with eating an apple in a garden, and everything to do with butchering 330 million people via the last five centuries of conquest and industrial-scale genocide.)

One thing that distinguishes my experience from that of the run-of-the-mill-psychedelic-messianic-jackass, however, is I've actually got a plan. In the course of the weeks and months that followed, idea after inspired idea bubbled up during ceremony. Eventually I developed a methodology for training with psychedelics, a fairly sophisticated approach to structuring the psychedelic journey, and my killer app, which is "entheotainment"--theatrical spectacles specifically designed to create an apprehension of the sacred in the audience. That is, a way for people to trip together in a ritual context to achieve gnosis. I've created a working prototype of a religious ceremony from the science fictional future: a three-and-a-half hour show called the Shamanic Cabaret in which I go onstage on a superheroic dose and sing, dance, use costumes, run lights and special effects, all to create intense aesthetic moments and catharsis.

Over the last three years, I've performed my ceremony a little under a hundred times. 80 times privately, a dozen or so in a rehearsal studio with a couple folks, and three times open to public. I've worked and worked to develop the show, and what I've got on my hands now is so powerful it's a little frightening. When you're on a superheroic dose, it hits you like a cross between the Ludovico technique and the supersoldier creation process in Captain America. It really delivers, and when I think about getting other people involved and bringing their own talents and insights to it, I can see how this could be something that could change the world.

SO, THE BAD PART:

The activation of this archetype inevitably comes with an irrepressible urge to tell people about what you've learned and to explain they can have similar experiences if they try your methods. Our culture is NOT built to receive such a message gracefully. People just don't want to hear about it. I've lost a lot of friends, and it's been difficult to endure the isolation of carrying this enormous idea in my head and working hard to document my wild experiences when the general reception is, "That kind of thing is impossible. It just doesn't happen, and if it ever did, it was thousands of years ago, so if you insist that it's happening to you, you are insane."

I'm not, though. I've had psych evals, and I'm not psychotic. In fact, I've healed my lifelong depression, and on a day-to-day basis I'm pretty sure I'm closing in on true self-actualization.

What I am is on the hook. Because although maintaining my belief in the visions I have is costing me really any hope of being a normal person with a normal amount of happiness, if there's even a 1 in a billion chance that this is all real and that my understanding of the ontological basis of our current existential crises is correct, then I am morally obligated to give this everything I've got.

"Greater love hath no man than to give his life for his friends," the saying goes, but what if that looks not like diving on a grenade, or hanging on a cross for an afternoon, but spending decades in lonely alienation?