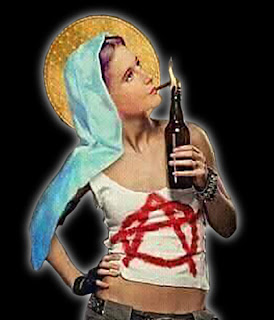 From Wikipedia, the free encyclopedia

Phonomanticism is a new religious movement and a form of popular entertainment. It is built around rituals, practices designed to inculcate spirituality and physical fitness, and metaphysical beliefs taught by former personal trainer Sean Manseau during the early 21st Century. Phonomanticism is often abbreviated as “PM.”

The express goal of PM is to create a “critical mass” of the human population (sometimes set at ten billion people) who are able to achieve gnosis. Gnosis is a common Greek word for “knowledge,” and it is best-known from Gnosticism, “where it signifies a knowledge or insight into humanity’s real nature as divine, leading to the deliverance of the divine spark within humanity from the constraints of earthly existence.”(Wikipedia, Gnosis) Phonomanticism defines gnosis as the ability to “get a little one-on-one time with the deity of your choice,” an experience that “is as unmistakable for anything else as an orgasm.” (Manseau, 2019)

Manseau claimed that instructing adherents how to experience this access to Transcendent Reality was the original goal of every major religion (although the terms used to describe it vary according to the generating culture and its interpretive models), and that every religion, including his own, was actually a plan generated by higher-order beings (commonly referred to as “Gods”) to achieve that goal.

He also claimed that every major religion, having not achieved that critical mass, was a failed effort.

Phonomanticism’s method for achieving the state of gnosis is called phonomancy. Phonomancy is “the ritual combination of high dose psychedelics with one of our culture’s most sacred secular acts, singing and dancing along to our favorite records, for the purpose of inducing visionary trance states. ”(Manseau, 2019)

Phonomancy is based on five premises:

In its most basic form, phonomancy involves ritualistically listening to a playlist of songs (referred to as a “phonomantic rite”) while in an altered state of consciousness. The person performing the ritual, known as a phonomancer, strives to alter her/his mood by “getting into” each song. The emotional targets of the songs in a phonomantic playlist adhere to the contours of the narrative template known as the Hero’s Journey. By going through this certain sequence of emotions, the phonomancer experiences a catharsis which lifts them out of mundane reality and into a state of belief in which gnosis is the orienting fact of one’s existence.

Phonomanticism claims that those who perform phonomancy become participants in “shamanic reality,” meaning “an infinite ocean of consciousness in which we swim delighted forever.” (Manseau, 2019)

Manseau claimed that everyone who worked with psychedelics would at some point be beset with psychologically challenging experiences on a spectrum of intensity from unsettledness and mild paranoia to full-blown psychosis. Phonomanticism teaches that these uncomfortable moments are the result of predatory or parasitic attack by entities existing in shamanic reality. “That infinite ocean is a psychic ecology we share with endless varieties of flora and fauna; some of them, unfortunately, want to eat you.” (Manseau 2019)

Because it is not always possible to avoid these threats, adherents of phonomanticism engage in a variety of physical and meditative disciplines to create a state Manseau referred to as “psychospiritual fitness” (often shortened to “psy-fi” or sometimes “psy-fu”). Psy-fi allows the phonomancer to transform emotional stress into eustress, to work productively with discomfort in order to promote higher levels of cognitive organization and emotional maturity. Manseau insisted the pursuit of psychospiritual fitness was a systematic means of pursuing self-actualization.

Phonomantic rites can be performed alone, or with groups. Group performances may be private or public. Public-facing phonomantic rites can include singing and dancing, costumes, light shows and special FX, video content, and many other theatrical elements. In their most extravagant form, these productions are known as entheotainment, a neologism coined by Manseau, meaning “theatrical spectacles designed to create in its audience a direct apprehension of the sacred,” i.e., gnosis.

Entheotainments are a kind of participatory theater, akin to the ad hoc performances staged by amateur enthusiasts around the movie The Rocky Horror Picture Show. Entheotainments are led by Lead and Rhythm phonomancers, who sing and dance on stage.  but these efforts are not regarded as performances to be passively enjoyed. Rather they are instructional examples to be imitated. The Lead phonomancer demonstrates for the crowd how to use singing and dancing to achieve trance states. Manseau described the Lead Phonomancer as a combination of “Shaman, go-go dancer, DJ, tribute act, sacrificial victim, and yoga instructor. Or SoulCycle instructor, whatever.” (Manseau, 2021) The Rhythm phonomancers support the Lead phonomancer by modeling for the audience how to participate in the Rite. Often phonomancers appear to enter spiritual ecstasy at various points during the ceremony.

Manseau regarded entheotainments as a revival of archaic religious ceremonies such as the Eleusinian Mysteries, which also involved participating in theatrical rituals while under the influence of a mind-altering substance (the kykeon). The first entheotainment was Manseau’s The First Church of David Bowie Shamanic Cabaret. His second work, The Sacred Marriage of Jesus and Mary, was unfinished at the time of his assassination on March 22, 2025.

Manseau’s insistence that “religions are only correct to the extent that they work” (Manseau, 2021) and “every religion is a game of make-believe that can yield real-world results” (Manseau, 2019) made him a controversial figure. However, such pragmatic attitudes, as well as his claim that “the Divine can be approached with any image that means something to you” (Manseau, 2019), have allowed people from many different countries to adopt the practices of phonomancy and the phonomantic religion to their own cultures. Phonomantic Rites and entheotainments have been celebrated on every continent, with some of the largest events being The Purple Prince and the Thrones of God (Rose Bowl, Los Angeles, 2089, with an estimate attendance of 30,000) and Beyonce, Barbelo, and Bae (Wembly Arena, London, 2106, estimated audience of 50,000).